How Has Lockdown Affected Overall Household Water Usage In The UK?

Lockdowns have had an impact on virtually every aspect of our lives. Mobility restrictions and the requirement of remote work have caused important changes in the lifestyle of millions of British households. In most cases, spending more time indoors has translated into higher utilities usage, and that applies to water consumption too.

A study published in Nature Magazine analysed water usage patterns in England during the first half of 2020, and shed some interesting data. The study examined water consumption in 11,500 households over a period of 20 weeks, starting in January 2020.

Prior to lockdown, average consumption was 3,256 cubic metres per day. This figured remained stable until the first week of February, and in the following two weeks it dropped by 20%. Consumption levels fluctuated during March, and increased significantly by the end of May, when they were 46% higher than in pre-lockdown.

The study also identified changes in water usage throughout the day. For example, consumption during the early mornings went down from 40% to 20%, probably due to the fact that many people no longer needed to commute so water use was spread more evenly during the day.

Studies have also found that the pre-lockdown differences in water consumption between weekdays and weekends disappeared. Warmer-than-usual weather during the spring and summer of 2020 also led to higher consumption.

Overall, we can say that changes in usage patterns are linked to changes in habits and behaviour. Businesses like offices and gyms had to close their doors during lockdown, which caused a decrease in water consumption from public places as well as an increase in household water usage.

The study also found changes not only in the amounts of water used, but in the specific ways in which it was used during 2020. For example, many households adopted extra hygiene measures or stepped up their cleaning routine, which was clearly reflected in their overall consumption.

This points at the higher value that water has during crisis events, and also highlights the importance of being prepared for such incidents. The water needs of both household and commercial/agricultural premises may be affected by a future health crisis or by changing climate patterns. These factors can put increased pressure in the water supply network, which is why it may be wise to invest in storage tanks.

At Enduramaxx, we’re a leading supplier of top-quality water tanks for the farming and construction industries and their associated sectors. Our bespoke water storage tanks are proudly made in Britain with safe and durable materials that prevent rust and contamination problems. Have a look at the full range of water tanks available or contact us to discuss your specific needs. 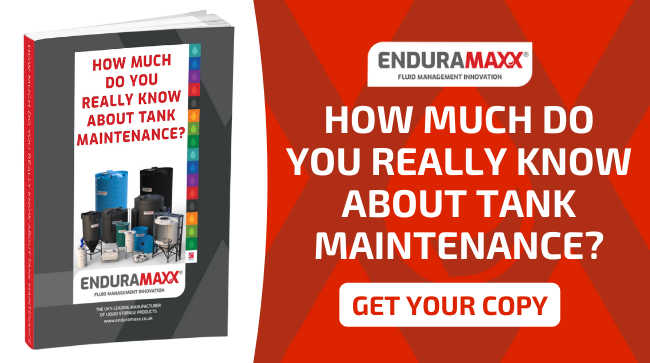 How To Connect Water Storage Tanks Together

Water storage tanks are used for both domestic and commercial purposes, in areas such as rainwater...

11th May 2021 by enduramaxx.marketing
Rainwater Harvesting

How Can Water Treatment Help With Environmental Sustainability?

According to the UN, safe drinking water is one of the most endangered natural resources on the...

17th May 2022 by enduramaxx.marketing
Previous
The Effects Of Poor Water Quality For Animals
Next
What Are The Regulations For Drinking Water Tanks In The UK?