Sodium hydroxide, also known as caustic soda and lye is a highly caustic compound and alkali that decomposes proteins at ordinary ambient temperatures and may cause severe chemical burns. It is highly soluble in water and readily absorbs moisture and carbon dioxide from the air. Worldwide production in 2004 was approximately 60 million tonnes, while demand was 51 million tonnes. 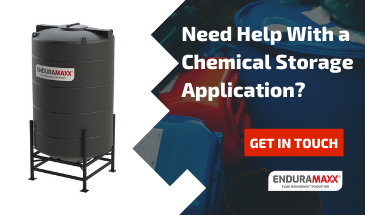 Want to know what is caustic soda used for? Here are some main industries that Sodium hydroxide is used in:

Chemical Pumping. Sodium hydroxide is also widely used in pulping of wood for making paper or regenerated fibres. Along with sodium sulphide, sodium hydroxide is a key component of the white liquor solution used to separate lignin from cellulose fibres in the sulphate process. It also plays a key role in several later stages of the process of bleaching the brown pulp resulting from the pulping process.

Water Treatment. Sodium hydroxide is sometimes used during water purification to raise the pH of water supplies. Increased pH makes the water less corrosive to plumbing and reduces the amount of lead, copper and other toxic metals that can dissolve into drinking water.

Cements, Mortars, Concretes and Grouts. Sodium hydroxide is used in some cement mix plasticisers. This helps homogenise cement mixes, preventing segregation of sands and cement, decreases the amount of water required in a mix and increases workability of the cement product, be it mortar, render or concrete.

Cleaning Agents. Sodium hydroxide is frequently used as an industrial cleaning agent where it is often called "caustic". It is added to water, heated, and then used to clean process equipment, storage tanks, etc. It can dissolve grease, oils, fats and protein-based deposits. It is also used for cleaning waste discharge pipes under sinks and drains in domestic properties.

Enduratank manufacture a complete range of bunded storage tanks for the processing and storage of bulk Sodium Hydroxide. Our bunded tanks have been specifically designed with pollution control in mind. Selected for integral protection from leakage and overfilling. These plastic tanks are constructed using rotationally moulded mid density polyethylene.

These bunded tanks contain a minimum 110% volume of the inner tank. Simply put, a bunded tank is a ‘tank within a tank’ which helps customers conform to current health and safety legislation.

Enduratank closed top bunded tanks are available in a wide range of sizes from 400 litre to 30,000 litre. Further storage capacities can be acquired by simply linking the tanks together with our tank connector kits. The customisation to a client’s specific requirements is available upon request.

Like our closed top bunded tanks, our open-top bunded tanks are also available in a wide range of sizes from 400 litre to 30,000 litre. Further storage capacities can be acquired by simply linking the tanks together with our tank connector kits. The customisation to a client’s specific requirements is available upon request.

For more details and pricing on the Sodium Hydroxide / Caustic Soda Tanks or to talk to one of our experts call us on 01778 562 810.

Ferric Chloride Tanks and Caustic Soda Tanks for Industry - At Enduratank, as one of the UK’s...

How Has Lockdown Affected Overall Household Water Usage In The UK?

Lockdowns have had an impact on virtually every aspect of our lives. Mobility restrictions and the...

The Dangers Of Dust: How A Dust Suppression Bowser Can Help

Dust is a known cause of allergies and respiratory conditions. In certain environments, such as in...